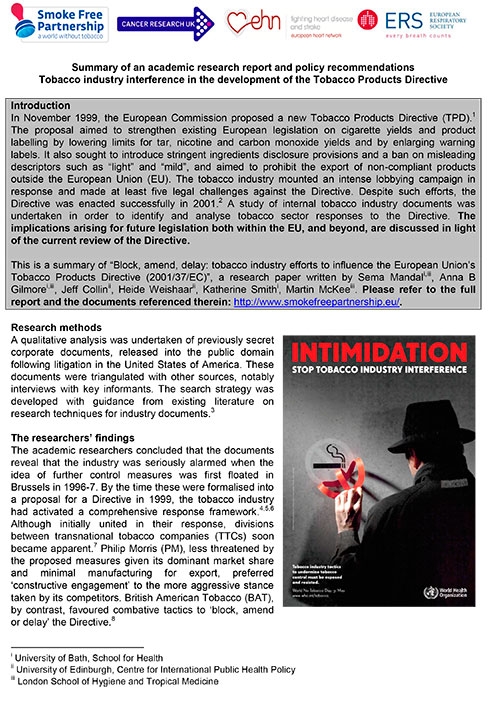 The report was commissioned by the Smoke Free Partnership (SFP) through a Cancer Research UK grant and carried out by academic researchers at the University of Bath, University of Edinburgh, and London School of Hygiene and Tropical Medicine.

Researchers reviewed previously secret corporate documents released after legal action in America. These were examined to understand the tactics used by the tobacco industry when the European Union was developing the Tobacco Products Directive (TPD) in 1999. The TPD is currently under review which makes this report particularly pertinent, as many of the same tactics are being employed once again.

The report is being released on World No Tobacco Day which is themed “Tobacco Industry Interference”.