The cost of tobacco use

Tobacco growth and use poses a heavy burden on governments and society as a whole.

Tobacco growth and use poses a heavy burden on governments and society as a whole. Costs include indirect costs related to workday losses due to morbidity and direct costs associated with inpatient and outpatient care. Non-smokers also pay for the costs of smoking, primarily in the form of higher health insurances and medical costs related to second-hand smoke, leading to higher taxes and higher prices for healthcare products and services.

Tobacco-related deaths result in lost economic opportunities. In the US, these losses are estimated at US$92 billion a year.

Tobacco control interventions are the second most effective way to spend health funds, after childhood immunization. Measures to tackle tobacco use, such as tax increase, restrictions on advertising and promotion, and smokefree workplaces and public places, are cost-effective and do not require large investment of capital.

Overall cardiovascular disease (CVD) is estimated to cost the EU economy €192 billion a year. This represents a total annual cost per capita of €391. Exposure to tobacco smoke is calculated to cause 22% of all cases of CVD in industrialised countries

The total financial burden of lung disease in Europe amounts to nearly €102 billion, a figure comparable to the annual gross domestic product (GDP) of the Republic of Ireland or €118 per capita.

WHO, Report on the Global Tobacco Epidemic: the MPOWER package, Geneva, 2008 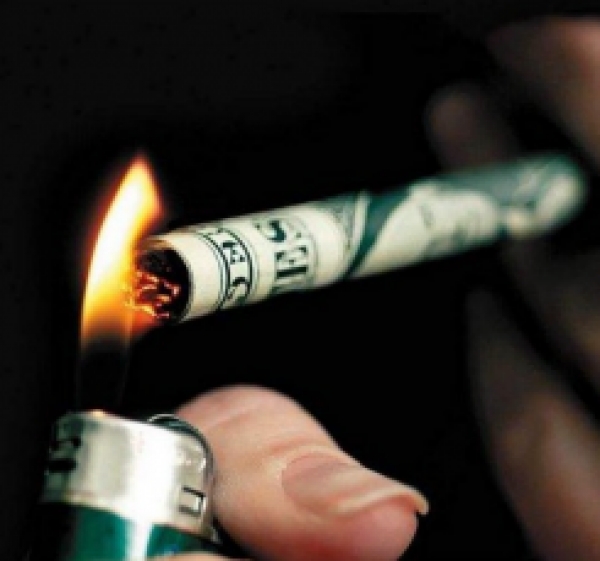