Global burden of tobacco use

Tobacco is the number one cause of preventable death in the world today.

If current patterns persist, smoking will kill more than 8 million a year by 2030, of which more than 80% will occur in low- and middle-income countries. Tobacco consumption causes respiratory and lung disease, several cancers and cardiovascular diseases (CVD), including heart disease and stroke.

In developed countries smoking causes 90% of lung cancers in men and up to 86% of cases in women. Lung cancer is the leading cause of death from cancer among males. In the USA lung cancer is the leading cause of death among women.About 26% of all deaths from any form of cancer in the EU are caused by smoking.16% of deaths from CVD in men and 5% in women are due to smoking. The numbers dying in the EU from CVD due to smoking rose by 13% between 1990 and 2000.Of all deaths in the EU in 2005 caused by COPD (chronic obstructive pulmonary disease) more than 64% were attributable to tobacco.Mortality from COPD is 14 times higher in cigarette smokers than in never-smokers. Lower respiratory diseases are also partly caused by tobacco use.

In the European Union over 650,000 Europeans are killed every year because they smoke, which accounts for one in seven of all deaths across the EU, and over 13 million more are suffering from a serious chronic disease as a result of their smoking.Today, tobacco use rates are decreasing among European men while they are increasing among women, particularly in eastern, central and southern Europe. Tobacco use is also growing fast in low-income countries.

Tobacco-related illness already kills 5.4 million people a year worldwideIf current patterns persist, smoking will kill more than 8 million a year by 2030In the EU over 650,000 Europeans are killed every year because they smokeTobacco kills up to one in every two long-term users, half of these in middle age 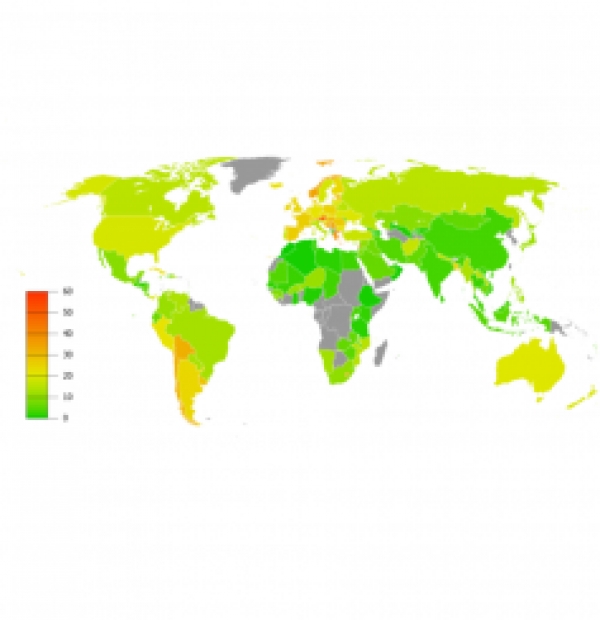