High Level Conference: Taxation and Illicit Trade in Tobacco Products: What next at EU level? 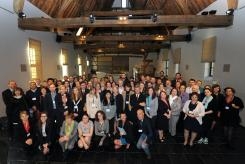 30 September- 1 October 2015. SFP organised this high level conference in the city of Leuven in Belgium. Bringing together tobacco tax experts, European Commission officials from DG TAXUD, DG SANTE and OLAF as well as MEPs and the tobacco control community, this conference provided an opportunity to discuss the different perspectives on tobacco taxation and illicit trade (Articles 6 and 15 of the FCTC).

Price and tax measures (FCTC Art 6) are recognised as one of the most effective instruments to reduce tobacco consumption. Substantial scientific evidence shows that higher cigarette prices result in lower overall cigarette consumption. The impact of higher prices is likely to be greatest on young people and on low- and middle-income population groups or countries contributing to the fight against health inequalities.

Illicit trade in tobacco products (FCTC Art 15) contributes to tobacco consumption by making cigarettes available cheaply, undermining efforts to stop young people, in particular, from smoking. Illicit trade thus significantly diminishes the effectiveness of high tobacco taxation policies. Recognising the need to tackle this problem, the Parties to the WHO Framework Convention on Tobacco Control adopted a Protocol to Eliminate Illicit Trade in Tobacco Products to supplement the provisions of the Convention.

Please view the photos from the conference here