Where Smoking Kills Most: WHO Map

November 2009 - According to the latest World Health Organisation data, almost one in five deaths in rich countries is caused by smoking.

Due to the fact that cancers and chronic respiratory diseases caused by tobacco use take time to develop, those who live in richer countries are feeling the adverse effects more strongly because they have been smoking longer. 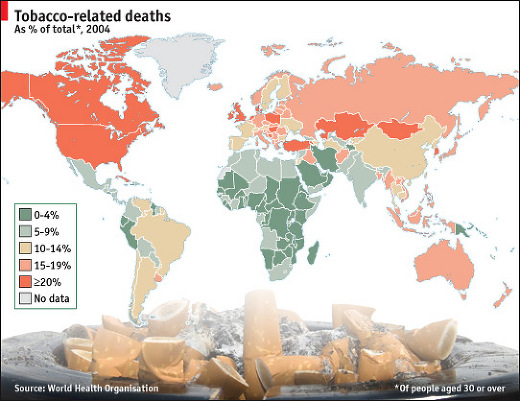