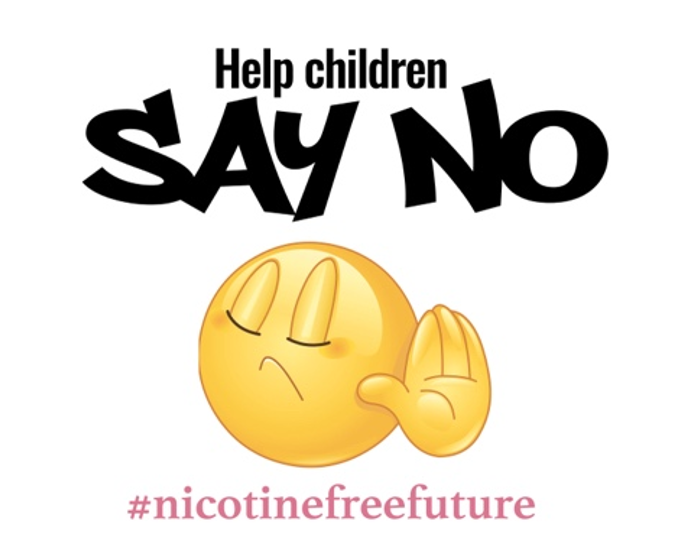 31 May is World No Tobacco Day, organized by WHO, World Health Organization. This year, 16 Swedish anti-tobacco organizations are investing in showing the difference between genuine joy and belonging and the false image conveyed in advertising for new nicotine products. With the help of Tiktok stars and Silent Disco flashmobs are organized around Sweden to sound the alarm that more and more young people are starting with white snus and puff bars.

Nino&Julia, TikTok stars with 940,000 followers will be on site at Medborgarplatsen, a square in the center of Stockholm, and lead a flashmob based on a choreography they have specially developed for World No Tobacco Day. In other cities, young people can follow the dance on big screens. Up to now, it has been decided that there will be events in Stockholm, Trollhättan, Gothenburg and Uppsala. In addition doing a flashmob, there will be Silent Disco dancing to music listened to on wireless headphones that are lent out in several of the cities. The headphones have several channels, so that the participants themselves can choose the type of music they want to dance to. On the headphones, different colors shine depending on which channel you have chosen, so you can see who is dancing to the same music as yourself. Dancing with those who have the same color on the headphones creates a feeling of belonging, a feeling that the tobacco industry likes to play on.

Karl Linde, who works with Silent Disco, has a past as a cinematographer in Hollywood. He has not worked with advertising for tobacco companies himself, but he has colleagues who have, and he knows what huge sums of money they spend on propagating their message.

‒ Challenging them is really like David's fight with the giant Goliath and I am happy to be David, says Karl Linde.

In response to declining smoking prevalence, tobacco companies have invested in other nicotine products. They are marketed through famous influencers, with exciting flavors, flashy snus cans, and messages of freedom and a cool life. The tobacco companies alledge that the new nicotine products are meant to be transformative tobacco-nicotine products that will help smokers’ transition to something less harmful to users, but their tactics for marketing new products are especially adapted to young people many of whom have never smoked. This has caused Karl Linde to react.

‒ Sure, tobacco companies can attack those who are over the age of 18, but when they attack our children, I get upset, not least considering that I am a father of three" says Karl Linde.

When he changed aim and direction for his life, from cinematographer in Hollywood to arranger of Silent Disco in Sweden, he was guided by joy. He has seen so many happy people dancing together at his events. This has strengthened his resolve to take part in challenging the tobacco companies on Tobacco-Free Day. He hopes that social media and streets and squares will be filled with people dancing, singing, and laughing.

‒ As far as I know, using Silent Disco for a manifestation of an important message has never been done before. It's going to be fun. I hope there will be many of us joining in.

The joy that Karl Linde and the anti-tobacco organizations want to create is in strong contrast to what can affect people who become addicted to nicotine. Research shows that nicotine use changes the structure of the brain. This is particularly negative for young people because the brain is particularly sensitive while it is still developing and maturing, which proceeds up to about the age of 25. Nicotine use can influence risk assessment, decision-making and impulse control, as well as increase the risk of beginning to use alcohol and heavier drugs. Ability to concentrate and the memory function can also be adversely affected. Use of nicotine can also have a negative effect on people’s mental health. When you start with nicotine, you may initially feel better, but in the long run, negative feelings such as uneasiness and anxiety are reinforced. A newborn toddler is at an evident risk of contracting adverse health problems if the mother used nicotine products during pregnancy. Nicotine can easily pass through the placenta and reach the fetus, which can affect the future health of the baby.

The reality is in sharp contrast to the glorious advertising
Addiction, mental illness and fetuses that can be harmed. The reality and risks of nicotine are very far from what is claimed by the tobacco industry, which likes to emphasize nicotine as a means of recreation. For example, this is how the advertisement for a certain white snus is formulated (we have changed the product name to X):

“X is an innovation that makes life a little more festive and enhances the feeling in everyday life. At home on the couch, at work, out in nature, or on the way to new goals - there is an X for every moment. The icing on the cake, the cream of the crop, the crown of the work. An elevated feeling simply. It's X. Because no matter when you take your X, it's only here and now that counts.”


Lena Sjöberg is a dentist and chair of Tobaksfakta, which is responsible for the event that 16 anti-tobacco organizations are behind. She says that she doesn’t give a damn about the tobacco industry’s positive description of using white snuff.

‒ I have been working with tobacco issues for 20 years, and I am so immensely tired of the constant fight with an industry that is constantly finding new ways to deceive children and young people and deprive them of the opportunity for good health. Now we're trying to challenge them on their home ground.

She hopes that many young people will want to participate on May 31 and show the world that dancing, laughing and singing together and helping each other to a life free from nicotine addiction, whether it is cigarettes, brown snus, white snus and other heat-not-burn products is really the “icing on the cake.”

‒ I also hope that it raises awareness of the tobacco issue. This is a very important issue for our children's future health, and for the environment and climate. And it is we adults who need to take responsibility and act to help children say no. Politicians have an incredibly important role in this, because legislation is needed to stop the tobacco industry once and for all.

Facts: From smoking to white snus among young people
Smoking rates in have decreased in many countries. In Sweden for example, the general population, without considering that smoking varies greatly between different groups, six percent are daily smokers. But tobacco remains a major threat to public health. This is because ingenious tobacco companies are constantly marketing new products and reaching out to new target groups. In Sweden the government has presented a bill to the parliament on stricter rules for new nicotine products. It establishes the fact that there have never been so many nicotine products on the market as there are now. There has been a rapid development of e-cigarettes, but also of other so-called tobacco-free nicotineproducts such as, for example, white snus. In the bill the Government calls attention to the fact that use of these products can be a gateway and recruit new people into a smoking dependence, thereby increasing the prevalence of smoking among adolescents and youth.

In a school survey performed 2021 by CAN (a Swedish association for alcohol and drug education) it was specifically asked about use of white snus, and among second-year high school students, 37 percent of the girls and 31 percent of the boys said they had tried it. 70 percent answered that they had not used tobacco before trying new nicotine products. https://www.can.se/publikationer/cans-nationella-skolundersokning-2021

Fact: Tobacco addiction begins in adolescence
The tobacco industry states that it caters to adults, but in reality, it is largely teenagers who are reached by their message. Information in Sweden about the debut of using tobacco products, both e-cigarettes, snus and regular cigarettes, shows that it takes place in the teenage period. In the age group of 13-18, the debut age was 13-15 years for use of regular cigarettes, 14-16 years for snus and e-cigarettes. Among adult smokers, 92 percent said they had started smoking in their teens, and among adult snus users, 74 percent had started as teenagers. This is according to a report published by the Swedish foundation A Non Smoking Generation.

Unlike traditional brown snus, white snus is processed in significantly more stages giving it a bright colour, and most of the aroma, and making the taste of the raw material, i.e., tobacco, disappear. White snus is called tobacco-free, but the addictive and health hazardous nicotine has been extracted from the tobacco plant.

Facts: The Tobacco Convention
entered into force in 2005 and Sweden ratified it the same year. Now, the convention has been ratified by 182 countries. This means that it applies to 90 percent of the world's population. In the past, tobacco use was often considered to be related to poor choices by individuals.

The focus has, however, shifted to society's responsibility to make it easier for citizens to be tobacco-free. The Tobacco Convention also clearly highlights the tobacco industry's strategies for interfering with tobacco control policies. Strategies aiming at making tobacco use in the world continue also in the future.

Thanks to the Tobacco Convention, the tobacco issue has gained a more prominent place in the international work for global health, sustainability, and human rights. For example, all 17 UN Sustainable Development Goals in Agenda 2030 can be linked to the work to implement the Tobacco Convention. This is because the production and use of tobacco cause enormous damage to people and the environment. These activities also produce significant societal costs and thus hinder socially, economically and environmentally sustainable development. World No Tobacco Day has this year the theme of tobacco's environmental impact. If we can reduce nicotine use in all countries, we can also help reduce the damage to the environment.

We who stand behind the Help cildren SAY NO initiative: