SFP supports open letter to WHO on PMI-funded foundation 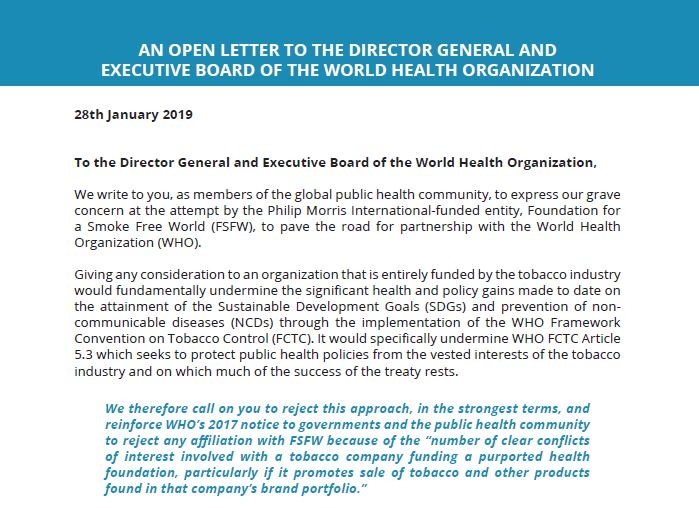 Brussels, 28 January 2019: SFP, together with more than 200 signatories from the global public health community, supported an open letter to the WHO Director General and the Executive Board.

The letter served to highlight the signatories' concern regarding the attempt of the Philip Morris International (PMI) - funded Foundation for a Smoke Free World (FSFW) for establishing a partnership with the WHO. Such attempts would lead to undermining the FCTC framework and, consequently, impede the long-term efforts on NCD prevention and the achievement of the Sustainable Development Goals.

Members of the SFP Coalition also expressed their support for the letter. The complete letter and list of supporters can be downloaded below.