Meet the board and discover more about SFP's official partners 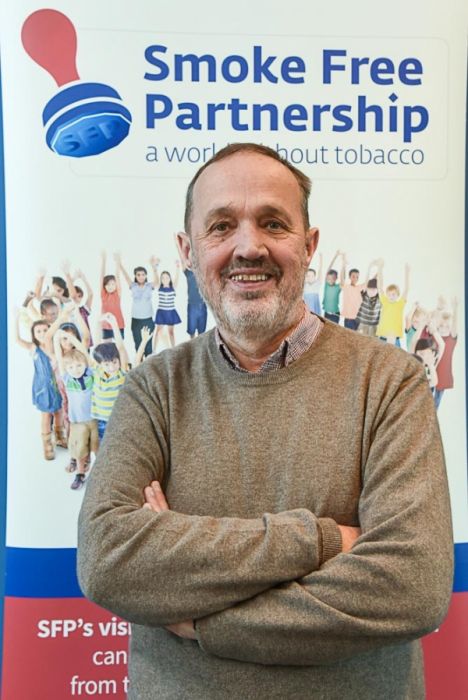 Luk Joossens is the Advocacy Officer of the Association of European Cancer Leagues (ECL), a Tobacco Control Expert within the Belgian Foundation against Cancer and an International expert on illicit tobacco trade.

Since 1994, Luk Joossens has published, together with Martin Raw, several scientific articles on cigarette smuggling and advised the World Bank, The European Commission, the World Health Organization, the US Surgeon General, the International Union against Cancer, the Association of European Cancer Leagues, the Framework Convention Alliance, the Bloomberg Initiative to Reduce Tobacco Use and many national organisations about smuggling.

He was the lead author of the background paper on cigarette smuggling of the 2000 World Bank Report "Curbing the Epidemic". He wrote a report on tracking and tracing systems which was funded by the European Commission Seventh Framework Programme Grant Agreement HEALTH-F2 in 2011.

He has given more than 100 presentations on cigarette smuggling in 50 countries.

In 1991, he received the World Health Organization Commemorative Award and Medal for promoting the concept of tobacco-free societies. In 2006, he received the Luther Terry Award for Outstanding Individual Leadership in Tobacco Control and in 2015 the World Health Organization Director-General’s Special Recognition of Contribution to Global Tobacco Control.